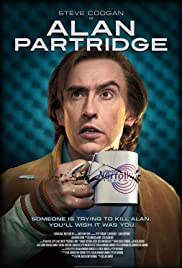 Alan Partridge has had many ups and downs in life. National television broadcaster. Responsible for killing a guest on live TV. Local radio broadcaster. Nervous breakdown in Dundee. A self-published book, ‘Bouncing Back’, which was subsequently remaindered and pulped. Alan Partridge: Alpha Papa portrays the events of the greatest low-to-high ebb spectrum in his life to date, namely how he tries to salvage his public career while negotiating a potentially violent turn of events at North Norfolk Digital Radio.