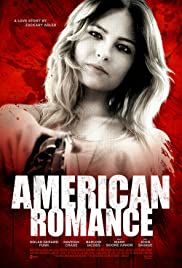 A series of horrifying murders, the victims, always couples, staged in bizarre collage dioramas with cardboard cutouts and scribbled, childlike messages about the corrupting power of love. The killer’s on the loose, and the FBI is looking for a truck driver. Emery Reed is a long haul trucker disillusioned with the American Dream after an accident left his wife paralyzed and took the life of their son. Newlyweds Jeff and Krissy are having the time of their lives until their car breaks down on a rural road in the middle of nowhere. When the love birds collide with the forlorn truck driver, a wild ride leaves everyone questioning the true value of love and American Romance.