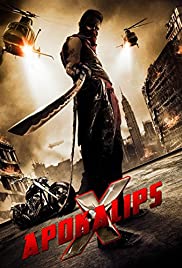 Rival gangs fight for pride and ego in a world destroyed by chemical warfare. Apokalips X” tells the story of human civilization after the Nuclear War in 2047. Men who survived the war live in chaos, lost direction and became violent. Several tribes emerged and would kill each other in order to survive and become the ruler.