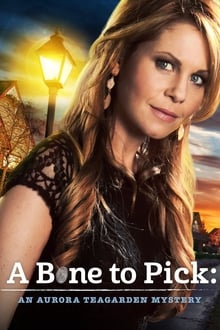 A librarian with a sharp mind for murder, Aurora Teagarden is known around her small town as a master sleuth. When her friend Jane unexpectedly dies and leaves Aurora everything in her will, she also leaves a troubling murder mystery haunting her neighborhood. It is up to Aurora to piece together the clues—including a skull, its missing skeleton and a suspicious group of neighbors—and solve the murder before she becomes the unlikely killer’s next victim.