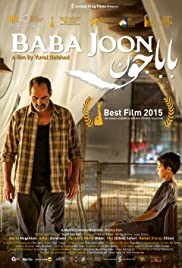 Yitzhak runs the turkey farm his father built with his own two hands after they emigrated from Iran to Israel. When his son Moti turns thirteen, Yitzhak teaches him the trade, hoping that he will continue the proud family tradition. But Moti doesn’t like working in the turkey barn; his passion is fixing up junkyard cars and bringing them back to life. Moti’s mother Sarah tries to reconcile between the two, while his grandfather pushes Yitzhak to take a firm hand with his son. Yitzhak takes Moti’s refusal to work in the turkey barn as a personal rejection. Though he loves his son dearly, he makes it his mission to impose the family farm on Moti. The arrival of Darius, the uncle from America, sets off a chain of events that will undermine the familial harmony. Soon enough Yitzhak will learn that his son is just as stubborn as he is. The conflict is inevitable.