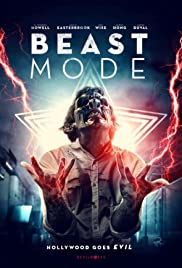 After accidentally killing his lead star, a has-been hollywood producer turns to an ancient herbal elixir, in the hope that it will save his career. He makes a dark deal that unleashes a band of bloodthirsty, shape-shifting, ferocious beasts on LA.