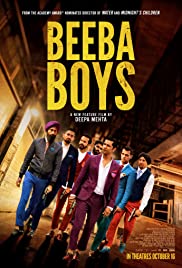 Gang leader Jeet Johar and his young, loyal, and often-brutal crew dress like peacocks, love attention, and openly compete with an old style Indo crime syndicate to take over the Vancouver drug and arms scene. Blood is spilled, hearts are broken, and family bonds shattered as the Beeba Boys do anything to be seen and to be feared in a white world.