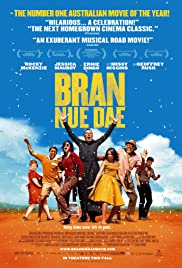 In the Summer of 1965 a young man is filled with the life of the idyllic old pearling port Broome – fishing, hanging out with his mates and his girl. However his mother returns him to the religious mission for further schooling. After being punished for an act of youthful rebellion, he runs away from the mission on a journey that ultimately leads him back home.