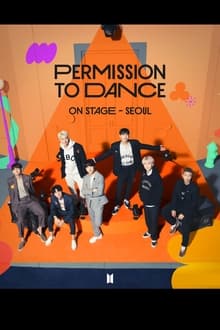 ‘BTS PERMISSION TO DANCE ON STAGE – SEOUL’, a performance for BTS and ARMY to dance together live. Join us as BTS and ARMY become one once again with music and dance in this unmissable live concert experience broadcast from Seoul to cinemas around the world! ‘BTS PERMISSION TO DANCE ON STAGE’ is the latest world tour series headlined by 21st century pop icons BTS, featuring powerful performances and the greatest hit songs from throughout their incredible career. The earlier Los Angeles shows were seen by approximately 813,000 people across the four sold-out shows, making them one of the most successful shows in 2021.