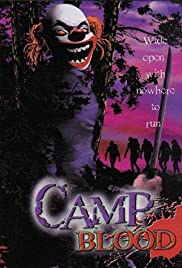 Ten years ago a series of brutal murders rocked peaceful, isolated Camp Blackwood. The killer was never caught and the camp, renamed “Camp Blood” by the locals, was never reopened.Ignorant of the camp’s terrible history, two young couples visit Camp Blood. And they soon realise they are not alone. Someone is watching. Someone is waiting. The murders are far from over… they have only just begun.What began as a pleasant hiking trip turns into a savage struggle for survival. Will anyone make it out of Camp Blood alive?