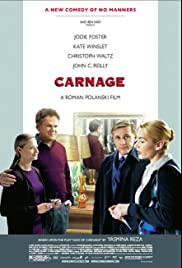 After 11-year-old Zachary Cowan strikes his classmate across the face with a stick after an argument, the victim’s parents invite Zachary’s parents to their Brooklyn apartment to deal with the incident in a civilized manner.