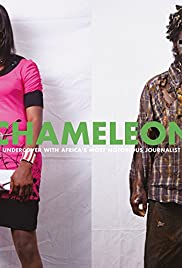 Anas has been called the James Bond of Ghanaian journalism. He’s exposed a sex-trafficking ring by masquerading as a bartender, uncovered deplorable conditions in Accra’s psychiatric hospital, posed as a crown prince in order to bypass a rebel checkpoint. His unorthodox methods are infamous throughout Ghana, but, despite his notoriety, his face is unknown to the public. The film takes us behind the scenes of the Tiger Eye Investigations Bureau hot on the heels of his next big case.