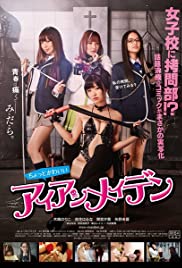 Film adaptation of the same-titled comic popular for its extraordinary premise. Up-and-coming Yoshida Kota, known for his humorous yet sensual style in films like Usotsuki Paradox, creates a unique coming-of-age drama about love between two girls, with elements of sports and perseverance sprinkled throughout. The “Torture Club” is an official afterschool activity at the private school Saint Honesty Gakuen. Yuzuki (Kijima Noriko) has no idea about the club when she enrolls, and gets abducted by the club members and hauled off the clubroom. There, she finds out that upperclass student Aoi (Yoshizumi Haruna), her secret idol, is in the club, and decides to join, but…