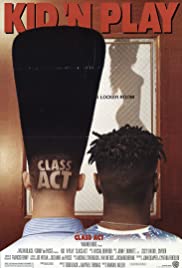 Duncan is a genius straight A student, Blade is juvenile delinquent. But because of a mix up with their school records, everyone thinks each is the other one. Now, Duncan kind of likes the attention from being thought of as a real bad dude, if only the school bully would stop trying to rough him up. And Blade definitely likes being thought of as important instead of as trouble.