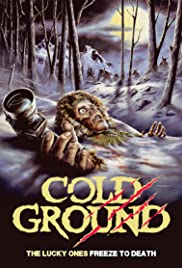 1976: Two young journalists leave for the French-Swiss border to investigate a strange case of cattle mutilations and record testimonies for a TV channel. Yet, once they get there, the scientific team they were supposed to meet has gone missing. Escorted by a first-aider, a British biologist and an American forensic investigator, Melissa and David will go looking for the missing team deep into the mountains.