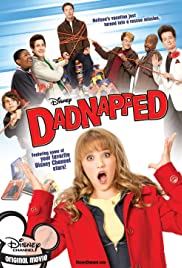 Melissa has a bad case of sibling rivalry, only her competition is a fictional character in her father’s best-selling novel about a teenage super spy. When her father is “dadnapped” by a group of overzealous fans, it’s up to Melissa to help him by tapping her inner superhero.