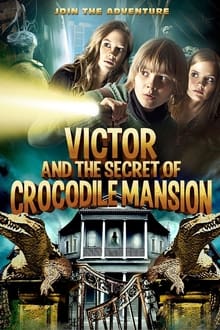 Victor is both thrilled and mystified when his family moves into his grand-uncles somber mansion filled with African masks, taxidermy crocodile mounts – and a dark secret: Four decades ago, his grand-cousin Cecilia, at the same age as he is now, lost her life in the mansions impressive staircase, and the circumstances of her death still remain obscure.