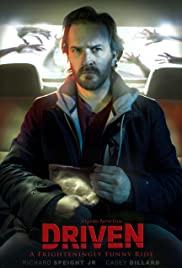 Emerson Graham’s nights as a cab driver are filled with annoyances and inconveniences, but until tonight, never attacks and disappearances. After picking up a mysterious passenger her evening goes from working a job to performing a quest as they must race against the clock to defeat a force of evil. The meter is running.