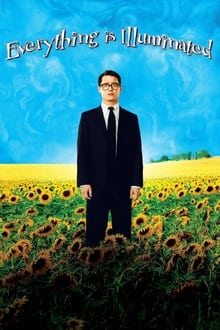 A film based on the semi-autobiographical novel of the same name by American writer Jonathan Safran Foer, in which a young Jewish American man endeavors—with the help of eccentric, distant relatives—to find the woman who saved his grandfather during World War II, in a Ukrainian village which was ultimately razed by the Nazis.

Watch Everything Is Illuminated