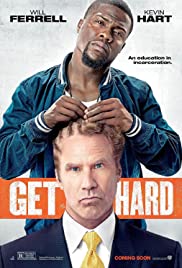 When obscenely rich hedge-fund manager James is convicted of fraud and sentenced to a stretch in San Quentin, the judge gives him one month to get his affairs in order. Knowing that he won’t survive more than a few minutes in prison on his own, James desperately turns to Darnell– a black businessman who’s never even had a parking ticket — for help. As Darnell puts James through the wringer, both learn that they were wrong about many things, including each other.