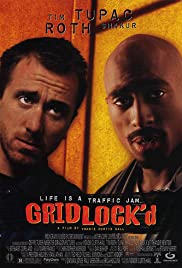 After a friend overdoses, Spoon and Stretch decide to kick their drug habits and attempt to enroll in a government detox program. Their efforts are hampered by seemingly endless red tape, as they are shuffled from one office to another while being chased by drug dealers and the police.