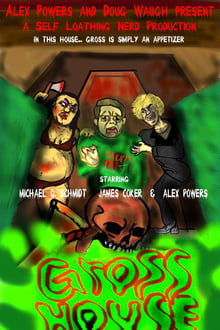 Marty is a troubled nerd who constantly is mistreated and raped by his fat and abusive mother Bertha, who does in-call with her a prostitution ring. After Bertha confronts her daughter, his sister Petunia, he decides he is tired of having to constantly bury the clients she’s killed for their pocket change. Marty makes a stand once and for all against his wicked mother to once and for all put an end to the sickness permeating his home, and turn his life to his own dreams of being a screenwriter.