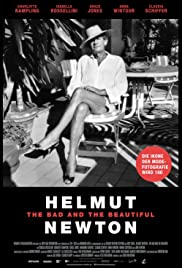 Women were clearly at the core of legendary photographer Helmut Newton’s work. The stars of his iconic portraits and fashion editorials – from Catherine Deneuve to Grace Jones, Charlotte Rampling to Isabella Rossellini – finally give their own interpretation of the life and work of this controversial genius. A portrait by the portrayed. Provocative, unconventional, subversive, his depiction of women still sparks the question: were they subjects or objects?

Watch Helmut Newton: The Bad and the Beautiful