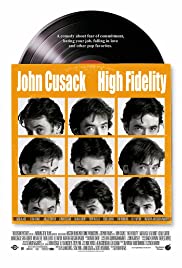 When record store owner Rob Gordon gets dumped by his girlfriend, Laura, because he hasn’t changed since they met, he revisits his top five breakups of all time in an attempt to figure out what went wrong. As Rob seeks out his former lovers to find out why they left, he keeps up his efforts to win Laura back.