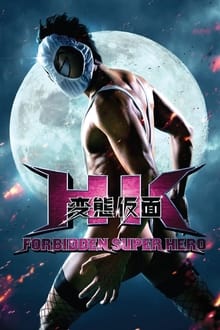 High school student Kyosuke Shikijo is the most talented member of the school’s martial arts of the fist club. His late father was detective and Kyosuke share his father’s strong sense of justice. Kyosuke also has a secret. Kyosuke likes to wear female underwear and transforms himself into the alter ego “Hentai Kamen,” wearing female underwear and gaining superhuman powers. This unusual interest also comes from his parents, with his father a masochist and his mother a sadist. By chance, Kyosuke gets the underwear of female high school student Aiko Himeno. With her underwear, he gains various pervert techniques and attempts to protect Aiko from a dirty and heinous teacher.