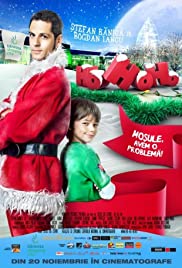 Horace, a 8 years old boy, who still believes in Santa Clause, received as a Christmas gift a day at the mall. What ought to be a normal Christmas day turns into an adventure when Horace loses his mother. He mets John, a pickpocket disguised as Santa Clause, who was in the middle of an illegal operation. Unlike the Santas on TV, John doesn’t seem to like children. Althought, the boy is convinced that this is the real Santa Clause and tail of it, causing all sorts of trouble as dangerous, as funny. Finally John finds the magic of Christmas and Horace discovers that miracles indeed, occur.