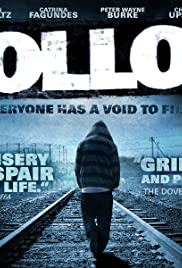 In the outskirts of the city, where crime is a way of life, the paths of four desperate people collide. Jordan Coleman, a local drug dealer, finds himself at a crossroads when his friend and mentor gets in too deep with a ruthless gangster and club owner. Chelsea Hammond, an exotic dancer, finds herself being pushed into the dark world of adult entertainment as she fights to regain control of her life. Narcotics detective Sam Riley struggles with an online addiction he has tried to keep hidden from his wife. Reformed street thug Harrison Green goes back to his old neighborhood to try and connect with a street brother he left behind. These four will face their ultimate test at the hands of Copernicus Jones, a ruthless gangster who will let nothing stand in his way.