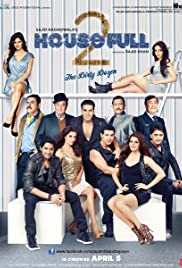 Housefull 2 is an upcoming Bollywood action comedy film directed by Sajid Khan and produced by Sajid Nadiadwala. It is the sequel to the 2010 Bollywood commercially successful movie Housefull