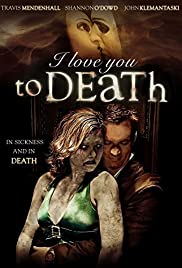 Clay Foster is face to face with a griping situation. His wife is dead and he cannot accept it. He is in denial. The story starts in the midst of a tangled murder mystery. Clay’s wife was brutally murdered. How was she killed? Who killed her? The audience is forced to see the world as Clay does, through the eyes of a man traveling through the horrible stages of grieving; denial, anger, and finally acceptance, trying to solve the mystery of his murdered wife. As death comes upon all men, so does the Syphon. In clays diminutive state, his sanity brings him to rest very close at the veil between life and death. He is attune to the fragments and properties that join the two worlds, and being in such a state he is privy to witness and communicate with the beings that walk between them.

Watch I Love You to Death