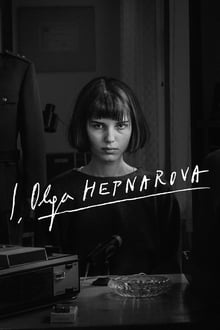 Olga is a complex young woman desperate to break free from her unfeeling family and social conventions. With her Louise Brooks-like tomboyish looks she drags herself, chain-smoking, from one job to another until she appears to find her niche as a truck driver. Although she has female lovers she does not form a bond with any of them; instead she clashes, time and again, venting herself in wordless emotional outbursts and other behavioural extremes.