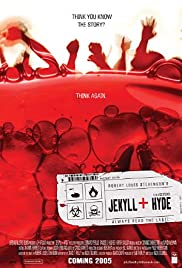 Henry Jekyll is a young science student who, along with his friend Mary, experiments with various drugs and compounds in order to create a personality-enhancing drug that he believes will turn him into the successful and popular person he so craves to be. But after testing the drug on Mary and himself, Jekyll discovers it has horrific consequences – ones that he might not be able to control.