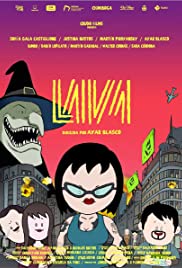 Deborah makes a living by drawing the skin of her clients. One night, her housemate invites her boyfriend and friend to their house. Sitting in the armchair, they consume the series of the moment, Gain of Clones, until, suddenly, the signal is cut off and the screen is dyed red while subliminal images float. No one remembers what happened the last two minutes. The answer will be in the enigmatic presence of giant cats that will later invade the city. As in El sol (2010), the second feature of the animator Ayar Blasco outlines apocalyptic situations where chaos and paranoia is the best excuse to meet surrealist creatures and scenes. Blasco understands that animation is a language with resources that live action does not possess, and exploits those tools as a child who became an adult just to give himself permission to play forever.