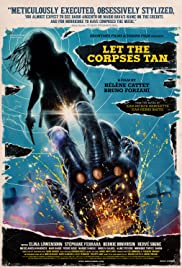 Every summer, Luce, an eccentric 50-something painter, spends her time in a small and isolated township, which lies in ruins in southern France, surrounded by guests. This summer, these guests are Max Bernier (an old flame, author and alcoholic), her current squeeze (a lawyer named Bisorgueil), and three friends of his whom she has yet to meet: Rhino, Gros and Alex. After finishing their shopping in town, these three unknowns attack an armored truck and make off with 250 kg of gold. They then return to Luce’s place, counting on her to hide them until the end of the summer… But certain events will throw a spanner in the works, and the hamlet will transform itself into a battlefield over the course of a very long and turbulent day.