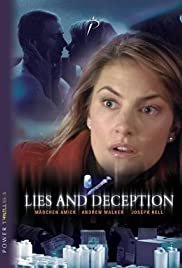 Six years after her husband’s suicide, Jean Bruckner is dumbfounded by the news that he has recently been murdered! With the help of a private investigator, she heads to Chicago to uncover the truth behind her spouse’s charade. The deeper she digs, the more danger she puts herself in. The truth may be out there, but she may get killed before she finds it!