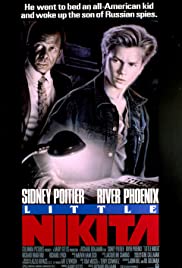 Roy Parmenter is an FBI agent in San Diego; 20 years ago his partner was killed by a Soviet spy, nicknamed Scuba, still at large. Scuba is now trying to extort the Soviets; to prove he’s serious, he’s killing their agents one by one, including “sleepers,” agents under deep cover awaiting orders. Roy interviews a high school lad, Jeff Grant, an applicant to the Air Force Academy. In a routine background check, Roy discovers that Jeff’s parents are sleepers. He must see if Jeff is also a spy, confront the parents yet protect them, and catch his nemesis. Meanwhile, the Soviets have sent their own spy-catcher, the loner Karpov, to reel in Scuba. Alliances shift; it’s cat and mouse.