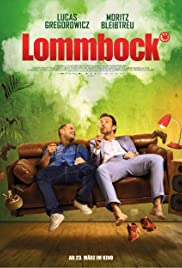 Sequel to Lammbock. Stefan and Kai meet again after years. Stefan became a successful lawyer in Dubai while Kai is stuck in their home town. Kai has relationship issues and is trying hard to get in touch with his step son who is getting in serious trouble with some drug dealers. Can Kai and Stefan solve his problems? And what happened to their old friend Frank?