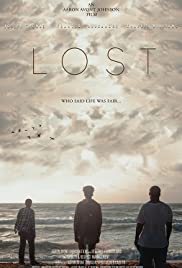 Written and Directed by 16-year-old Aaron Avont Johnson. Lost is set in contemporary South Florida. This story follows the life of a young boy named Job who is trying to raise himself after a tragic accident destroys his family. As a result of Job’s downfalls in life, he became homeless at the age of 12. Flash forward to his teen years, Job finds a mentor in an old drunk, who is also homeless, somehow filling an empty void of family in Job’s life. He fights his way to have a normal life, but the odds are stacked against him.