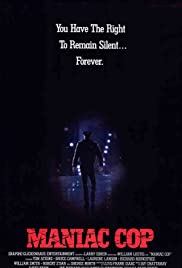 In New York, people are slain and strangled to death brutally on the open street. All witnesses agree that the murderer was in a cop’s uniform. Soon the police searches and finds a suspect in its own ranks: Jack Forrest, turned in by his own wife. To prove his innocence, he has to investigate on his own.