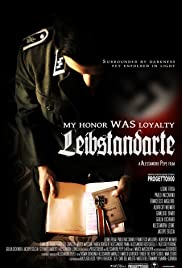 Captain Ludwig Herckel a devoted and patriotic soldier of the SS Leibstandarte fights in every major conflict from the Eastern front to the battle of the bulge. Fiercely loyal to his country and his brothers in arms, loved by his men, Herckel will face his greatest battle yet when he discovers the truth about the Nazi regime.

Watch My Honor Was Loyalty