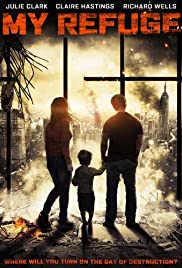 This gripping end-times drama follows the people in a small Arizona city in the aftermath of a national disaster. When a nuclear bomb is detonated in New York City, survivors across the country are forced to confront their hopes, fears, and faith. Not knowing what could happen next, they deal with the mounting tensions in various ways. Their intimate, intertwining stories intensify the drama of frantic phone calls, chaotic traffic jams, relentless news coverage, and tragic actions until they realize how precious life is and that God is the only hope for mankind.