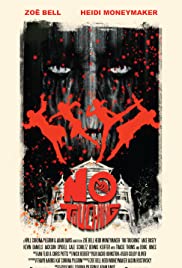 In a shady haunted house attraction where the performers are assaulting female patrons in order to make a name for themselves, the tables are turned when the performers attempt to take on two women who bring a new level of terror as they do some ass kicking of their own.