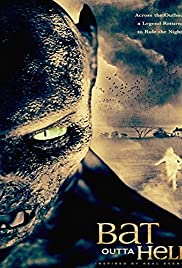 Four documentary filmmakers find themselves in Nowhere Else, population 2, in the Australian outback, where the one remaining resident rents them trailers and warns them not to wander around outside at night. After stealing a book on cryptozoology from their host, the filmmakers get an idea of what they’re dealing with. But will they heed the warning or risk getting something extraordinary on film?