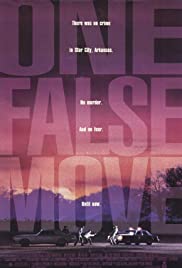 Following a series of drug deals and murders, three criminals — Fantasia, Ray Malcolm and Pluto — travel from Los Angeles to Houston, finally arriving in a small Arkansas town to go into hiding. Two detectives from the LAPD, who are already on the case, contact the town’s sheriff, Dale Dixon, to alert him of the fugitives’ presence in the area. Underestimating Dixon, the criminals have no idea what they are about to face.