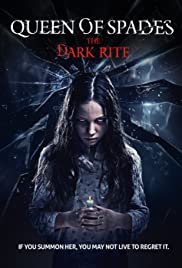 There is an ancient ritual known to humankind for more than a hundred years…According to the legend, an ominous entity known as The Queen of Spades can be summoned by drawing a door and staircase on a mirror in the darkness, and by saying her name three times. The Queen of Spades gets her energy from reflective objects; she cuts locks of hair from those asleep, and those that see her go mad or die. Four teenagers decide to call The Queen of Spades as a joke. But when one of them dies of a sudden heart attack, the group realizes they are up against something inexplicable and deadly dangerous.