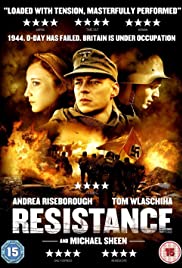 It is 1944 and the D-Day invasion has failed, Germany’s army have successfully invaded England and the Nazi war-machine is now heading west towards Wales. A group of women in an isolated Welsh village near the English border wake up to discover all of the their husbands have mysteriously vanished. They have headed into the mountains to join the Resistance.