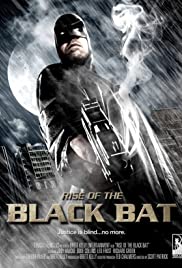 In a City where crime rules supreme, District Attorney Tony Quinn has the scales of justice stacked against him. When a crime boss has Tony blinded by acid, it seems that crime has won for good. But through a miracle of modern science, Tony is given the ability to see in the dark like a bat. Tony Quinn takes the guise of the Black Bat to see to it that crime pays and that the scales of justice are balanced once more.

Watch Rise of the Black Bat