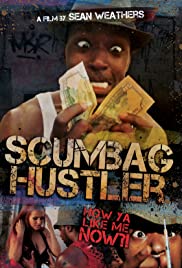 Soloman Crow pays a visit to his god fearing, bible quoting, closeted homosexual brother and his sexually repressed wife. He enters their home with a proclamation to kick a drug habit that almost cost him his life. Broke, it doesn’t take Soloman long to start conning and scheming his way around the city to feed his ravenous cravings for dope and sex. Even his brother’s wife isn’t immune to Soloman’s mind games… If you want a hero with redeeming qualities, look somewhere else.