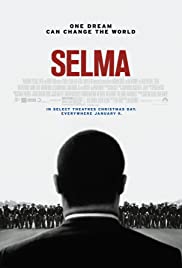 “Selma,” as in Alabama, the place where segregation in the South was at its worst, leading to a march that ended in violence, forcing a famous statement by President Lyndon B. Johnson that ultimately led to the signing of the Civil Rights Act.