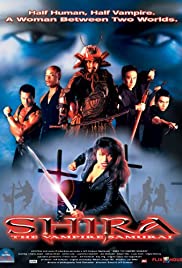 Vampire Action Adventure starring Flex Alexander, Bejan Amini, Angeleito Bautista. In ancient Japan, Shira (Jason) and her husband are attacked by a group of ninja vampires. Her husband is killed but she survives the attack but is left as a vampire. She is nursed back to health by a kindly samurai who also teaches her the art of fighting. Cut to present day America and Shira has discovered the killer of her husband’s whereabouts. She seeks out the man responsible, Kristoff, but discovers he has been looking for her. Kristoff needs to impregnate Shira to create a race of ‘daywalking’ vampires that he will be the ruler of.