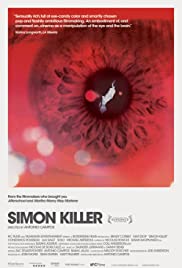 A recent college graduate goes to Paris after breaking up with his girlfriend of five years. His life should be open-ended and full of promise, but he can’t shake his feelings of loss. Being a stranger in a strange land only aggravates his situation. When he falls in love with a young mysterious prostitute, a fateful journey begins, though we soon learn that Simon is the one with deeper secrets.